Hey East Coasters – this has been the hottest winter on record!

Posted on April 8, 2015 by technoamishexec

If you live on the East Coast of the United States, the National Oceanic and Atmospheric Administration has just released some statistics that may surprise you: 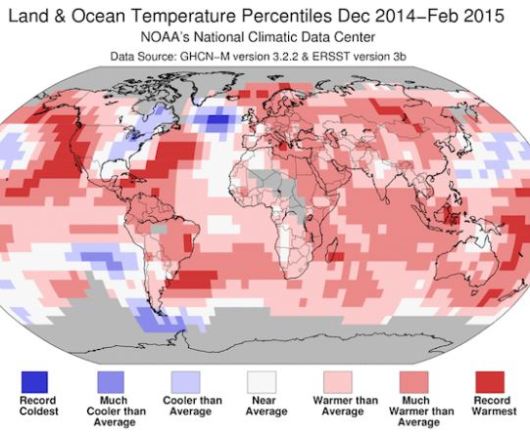 More from ThinkProgress by clicking here